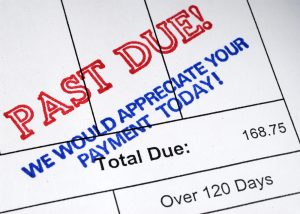 County court judgments (CCJs) against struggling borrowers have surged, leaving more vulnerable consumers at risk of being chased for debts as the UK prepares to lift its ban on repossessions.

There were 194,203 new CCJs taken out against individuals in England and Wales who fell behind on debts in the fourth quarter, compared with 112,261 in the previous three months.

The news prompted calls for a comprehensive package of measures to help struggling households, with one expert saying there was no room for complacency.

The record quarterly rise of nearly 82,000 judgments suggests creditors are no longer showing the same restraint as they did at the start of the crisis, when regulators stepped in to protect vulnerable borrowers.

A CCJ is a type of court order in England, Wales and Northern Ireland issued against individuals if they fail to repay money owed, often because they have fallen behind with utility and mobile phone bills, or car payments.

Once an individual has a CCJ on their credit record, it can lead to problems obtaining a mortgage, credit card or other personal loans in future. A judgment is usually removed from the register if the debt is paid in full within one calendar month of the judgment date, otherwise it remains there for six years.

Mick McAteer, the chair of the Registry Trust, said the government interventions had clearly been effective in protecting vulnerable households hit by the “economic shock wave” of the Covid crisis. However, he said he did not expect judgments to rise so soon and by so much.

“I hope this isn’t a harbinger of much worse to come for vulnerable consumers,” McAteer said.

Last year, the debt advice charity StepChange warned that nearly 3 million people were at risk of long-term debt problems after a drop in income during the pandemic. Its public policy manager, Adam Butler, said: “The new CCJ data suggests there is no cause for complacency, and that relying on firms alone to show restraint to support those who are struggling will always have limitation.

“That’s why it’s so important we get a comprehensive package of measures agreed by government to protect those experiencing financial difficulty against inappropriate enforcement activity and provide safe ways out of arrears and debt.”

The rise in CCJs comes as the Financial Conduct Authority (FCA) plans to lift its ban on repossessing goods and vehicles from 31 January, despite extending a similar ban on home repossessions to 1 April.

Launching a short consultation on the proposed lifting of the bans, the FCA said repossessions “should only be used as a last resort” and urged firms to consider the impact on vulnerable consumers who may be struggling due to the pandemic.

Not all CCJs automatically result in repossessions, as some are too small for companies to justify the cost of sending bailiffs to borrowers’ homes. However, it would still leave a mark on borrowers’ credit history.

The FCA’s announcement means households will be stripped of an extra level of protection from creditors and businesses who are also coming under financial pressure due to the Covid crisis.

The government is planning to expand the eligibility criteria for debt relief (DRO) orders, which are a low-cost alternative to bankruptcy for people struggling with debts. It could mean DROs can be used by people with up to £30,000 in debt and up to £2,000 in assets – an increase on current limits of £20,000 and £1,000 respectively.

The Money Advice Trust, which runs the National Debtline, has welcomed the changes, which it says will give more people in problem debt access to this solution.

However, it further signals that the number of people struggling to service their debts during the economic downturn is rising.

McAteer said: “The economy and household finances are still very vulnerable to Covid effects. Moreover, even when the economy recovers, households will not be out of the woods.

“Government, regulators, the financial services industry, creditors, and civil society organisations will have their work cut out to support vulnerable households and help them rebuild their finances. There is no time to lose.”

The ultimate guide to lead distribution

Medical records ‘unlikely’ to be shared with police...

Retailers warn they could burn goods stuck in...