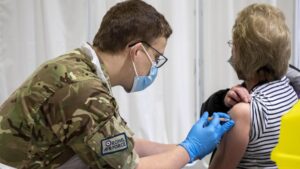 Britain is the most attractive destination in Europe for foreign investors and gained more last year than any country except France, according to a report.

The UK drew in 975 new projects last year, the EY attractiveness survey showed. This was down by 12 per cent on 2019, but was smaller than the 13 per cent decline registered in the rest of Europe.

EY said that Britain had exceeded expectations to close the gap with France, which topped the leaderboard with 985 new projects. France registered an 18 per cent drop and Germany, which ranked third, fell by 4 per cent to 930. Spain came in fourth with 354 projects, down 27 per cent on the previous year.

EY noted that Britain had attracted the most new projects of any European country, rather than relying on reinvestments. “The UK has demonstrated resilience and adaptability in attracting investment. However, its former dominance of the FDI market has been replaced by a competitive three-way tussle with Germany and France,” the report said.

In a survey of 570 international investors, it found that Britain was now Europe’s most attractive destination. A record 41 per cent of respondents planned to invest in Britain over the next year, which is up from 31 per cent last year and 23 per cent in 2019. Researchers attributed Britain’s resilient performance to the success of the vaccine programme and signs of a strong economic rebound.

“The UK has a very bright outlook for investment and a strong recovery, especially compared to last year,” the report said. “Allowing for the fact that the investment market is still uncertain and volatile, these are encouraging findings. The UK’s vaccine programme appears to have played a key role in the change in sentiment: the survey revealed that investors now view the UK as having the best Covid-19 recovery plan in Europe.”

EY said that Britain had expanded its market share of foreign direct investment for a second successive year, from 16.6 per cent in 2018 and 17.3 per cent in 2019 to 17.5 per cent in 2020. At the same time, London reclaimed its status as Europe’s most attractive city for investment, overtaking Paris.

Alison Kay, managing partner for client services at EY UK & Ireland, said: “Given the impact of the pandemic, a shrinking FDI market and the then-uncertain future trading relationship with the EU, the UK delivered a positive FDI performance in 2020. A relatively small decline in project numbers meant the UK far outpaced downbeat investor forecasts, too.”

The mystery of ‘long COVID’: up to 1 in 3 people who catch the virus suffer for months

Filipinos brace for ‘Carmageddon’ as students return to...